Hualien: an international port in the Pacific Ocean

Located in the south-east of mainland China, the island of Taiwan has a subtropical monsoon climate. Along the Philippine Sea, the city of Hualien is home to an international harbor that allows trade to Korea, Japan, Okinawa, the Middle East and the countries of Southeast Asia.

The port is an important economic issue for the city. It is in this context that the Institute of Port and Maritime Technology (IHMT) has implemented a TENEVIA CamLevel sensor to follow the evolution of the water level in the port.

The project was carried out in partnership with Jcomm, a company specialized in the deployment of video surveillance systems.

In addition to digital information, the sensor produces augmented reality images that allow to quickly obtain a vision of the site and the degree of dangerousness of it. This removing of doubt is particularly used for the risk of marine submersions.

Installed by Jcomm Ltd, the station is configured with an Axis Communications brand P1378-LE 8MP IP camera connected to an ADSL box and powered by 220V. The system operates at night thanks to the integrated infra-red projector of the camera.

Finally, the site has also been equipped with a staff gauge as detection area for the functioning of CamLevel.

This configuration allows the sensor to provide measurements with less than one centimetre accuracy.

Once the application activated, the sensor must be configured. This last step consists in the creation of a configuration file for the site where the camera is installed. Out of an image from the camera, the user can create this file through TENEVIA’s desktop software ParamCamLevel. This software enables to:
• Define the detection area in the image;
• Set up a metric referential to calibrate the measurement range;
• Define the desired thresholds for the possible sending of alarms.

Once the configuration file is created in ParamCamLevel software, simply export it to the camera.
This configuration step can also be performed remotely by TENEVIA.

• Measurements of water level accessible by an HTTP API, sending to FTP/sFTP server or via Modbus over ethernet when connected to a datalogger (.CSV).

All this information can also be viewed directly through the application, either locally on site or remotely. 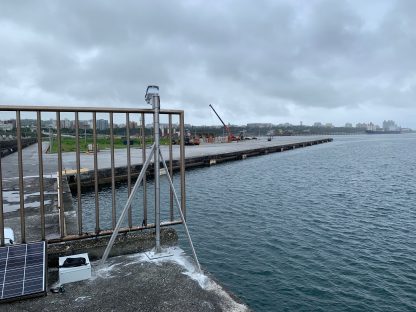 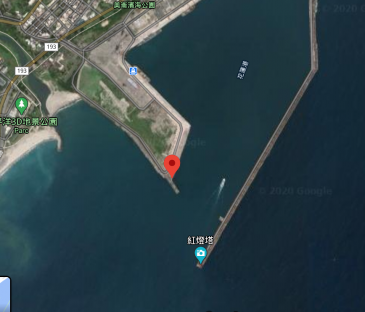 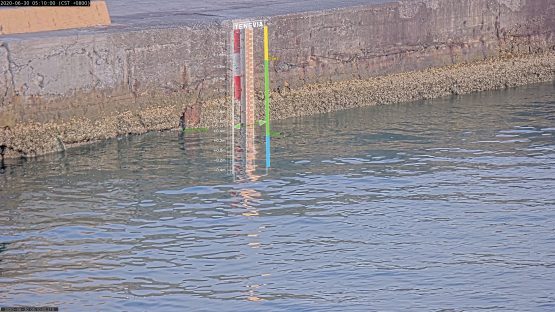 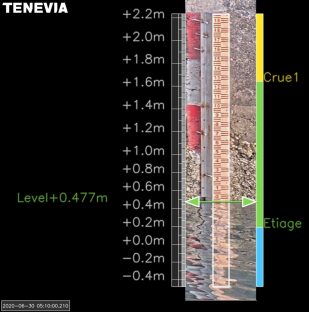 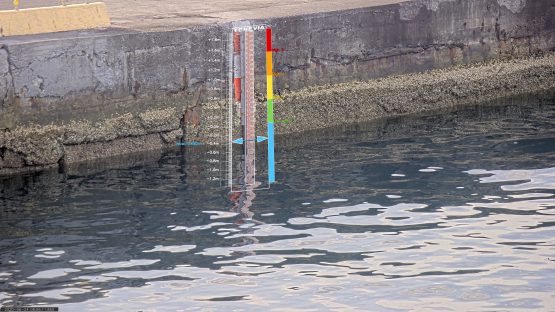 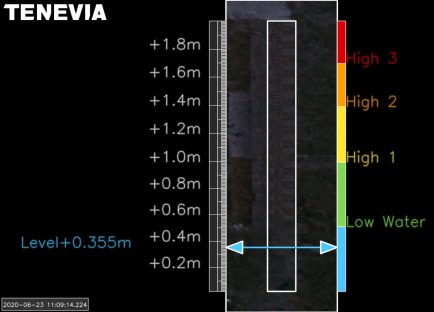 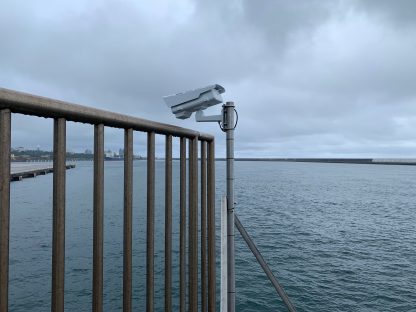